The solar inverter is known as one of the most sophisticated components for any grid-tie solar system. Since Inverters are typically placed on the outer side, they need proper care and maintenance because they are exposed to harsh external conditions like precipitation, humidity, extreme heat, or extreme cold, all while they produce thousands of watts of power for several hours in a day. For this reason, it is vital to have a top-quality inverter and have it installed in a sheltered place.

Hybrid Inverters: the Hybrid or battery-ready inverters make use of a solar inverter along with a battery inverter at once. The majority of these inverters offer a basic level of backup power if there is a power outage. Since hybrid technology is more advanced and batteries are now cheaper, hybrid inverters are more competitive against the solar inverters 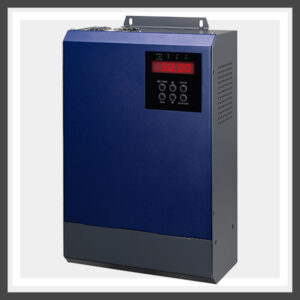